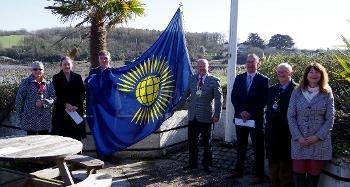 Although maybe somewhat overshadowed by the Covid crisis in the last few years, Commonwealth Day is an annual celebration observed across 54 member countries from every corner of the world. Its current membership represents over 2.5 billion people or about a third of the world's population, and almost a quarter of the world in size. It remains a voluntary association of independent and equal sovereign states constituted by the London Declaration of 1949 as the Commonwealth of Nations but continues to be open for any country to join, with Rwanda being the last country to do so in 2009.

This year Commonwealth Day was celebrated on 14th March and centred around the theme for the forthcoming Commonwealth Heads of Government Meeting - 'Delivering a Common Future'. The theme highlights how the 54 member countries in the Commonwealth family are 'innovating, connecting and transforming' to help achieve goals like fighting climate change, promoting good governance and boosting trade.

Given that 2022 is also Her Majesty's Jubilee Year, there was also a special focus this year on the role service plays in the lives of people and communities across the Commonwealth. The theme was chosen because the Commonwealth countries connect at many levels through extensive and deep-rooted networks of friendship, goodwill and cooperation.

"The commonwealth has evolved over the years but its foundations are rooted firmly in the shared values of prosperity, democracy, peace and respect for each other. In the troubled times that nearly all nations have been living through in the last few years and with unrest and aggression on our doorstep in Europe these values have never been more important.

The flag raising today is a chance for everyone taking part to express our commitment to our jointly held beliefs and to recognise our hope that the commonwealths core values will continue to flourish amongst member countries and beyond. We stand in solidarity with other members in our call for peace and in our condemnation of violence and aggression wherever it is found."